Early this morning, I felt compelled to visit the Ashuelot River Park before work. I entered the park from the West Street end, and made my way over to the footbridge and dam area where I had seen a great blue heron hunting on several previous visits. Unfortunately on this day, there was no heron near the base of the dam. I crossed back over the footbridge to the main trail and followed it past a small pond that was covered with a thick layer of layer of green. Turning towards the river, I photographed a small green heron across the river downstream from my position, this one sporting his best punk rock hairdo. 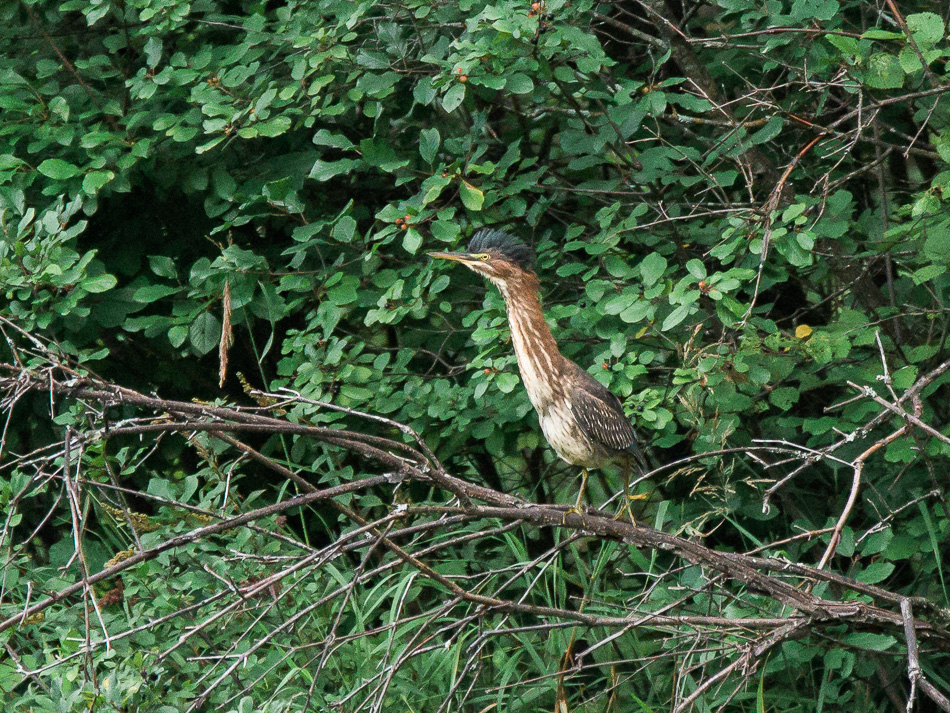 After photographing the green heron, I decided to head back to my car. As I neared the footbridge over the river for a second time, part of me wanted to just continue on to my car, but something seemed to be nudging me back over the bridge again. After reaching the other side, it became clear to me why I had that feeling. In one of the usual spots, I found an adult great blue heron hunting on a short peninsula of mud. I photographed the lone heron for about ten minutes before I got a big surprise.

As I was watching the heron without my eye to the camera, a second great blue heron came flying in behind it, passing directly over its head! Upon seeing the second heron, the first immediately took flight and the two of them headed toward the dam and footbridge area. The first heron that I had been watching landed directly on top of the dam and began to stealthily walk along the edge of the dam towards the footbridge. The second heron had landed on the metal railing of the footbridge. Luckily, I was in perfect position almost directly across from the dam to capture the landing of the first heron. Looking at the first photo, you can actually see the blurred wing of the second heron flying in the background, just beyond the right side wing of the heron in the foreground. 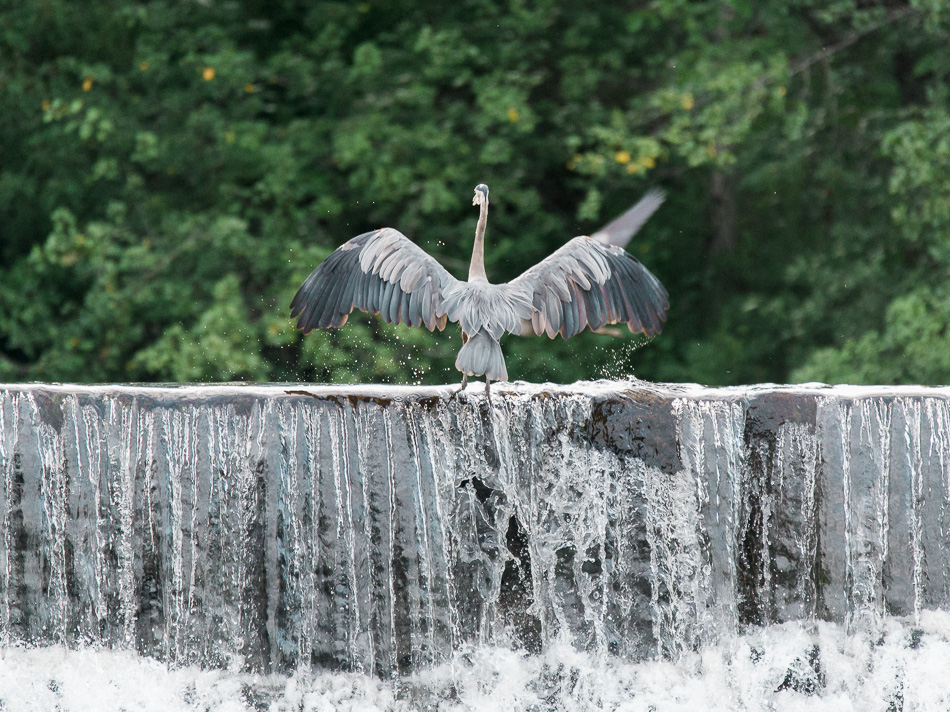 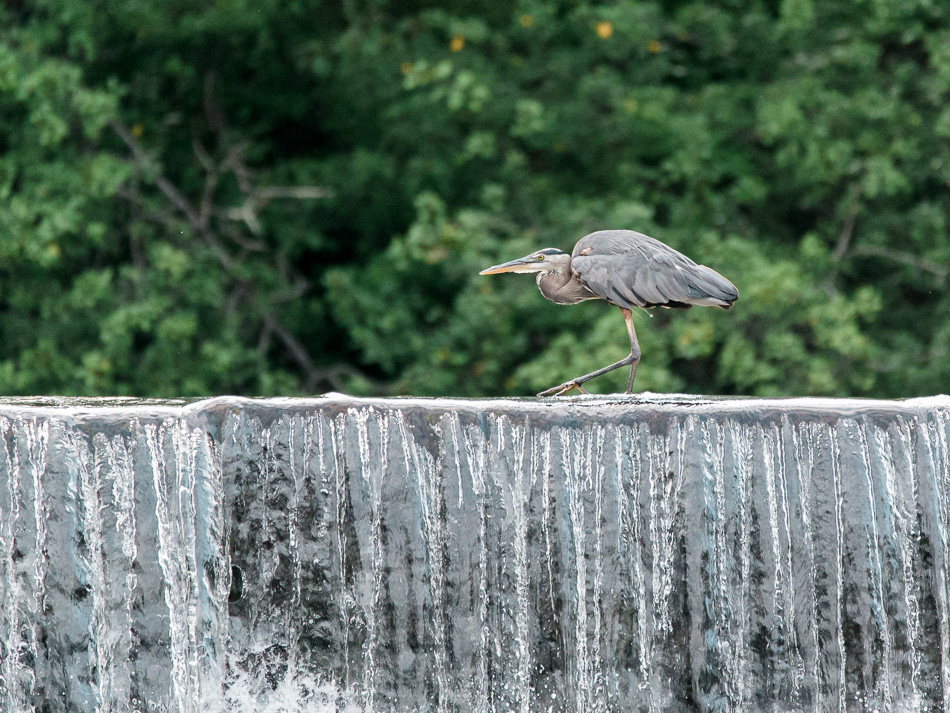 I then began a long process of working back to the overlook near the top of the dam. I needed to be very careful, because I was in the line of sight of both of the great blue herons. I moved slowly until both looked away, and then I would dart quickly towards the overlook, using anything in my path for cover. Had anyone observed my movements during this time, I suspect that they may have concluded that I too was a great blue heron. 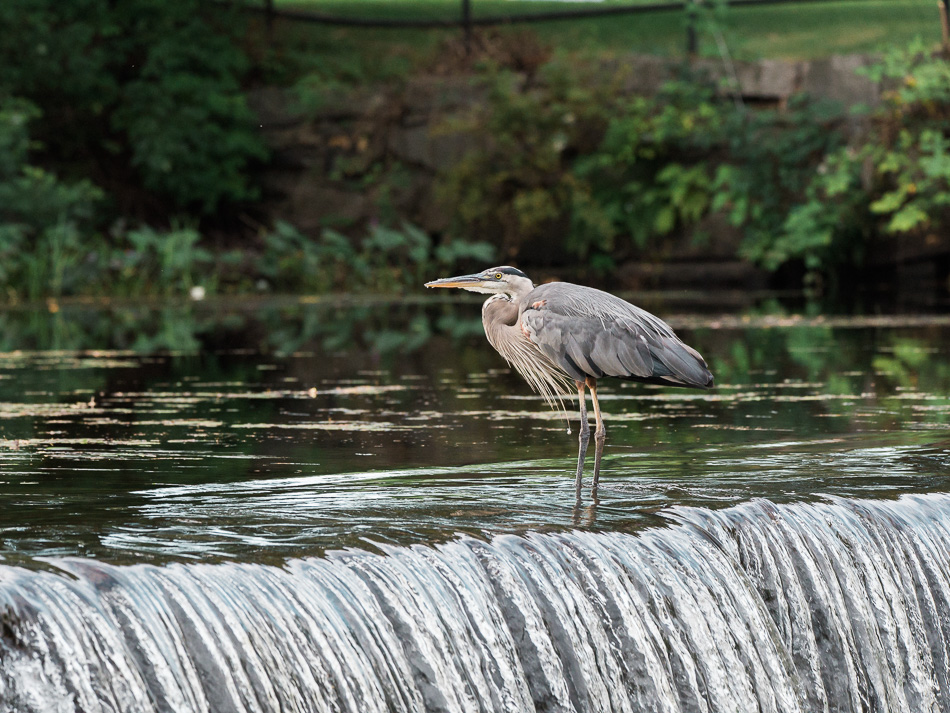 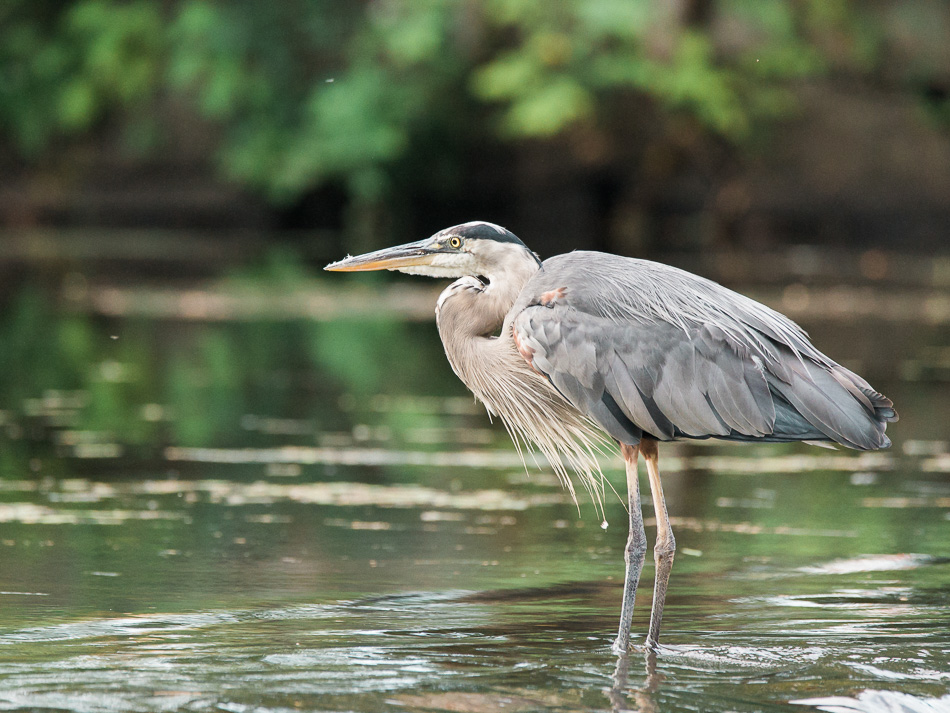 I eventually reached the overlook and had a great view of the first great blue heron on top of the dam. 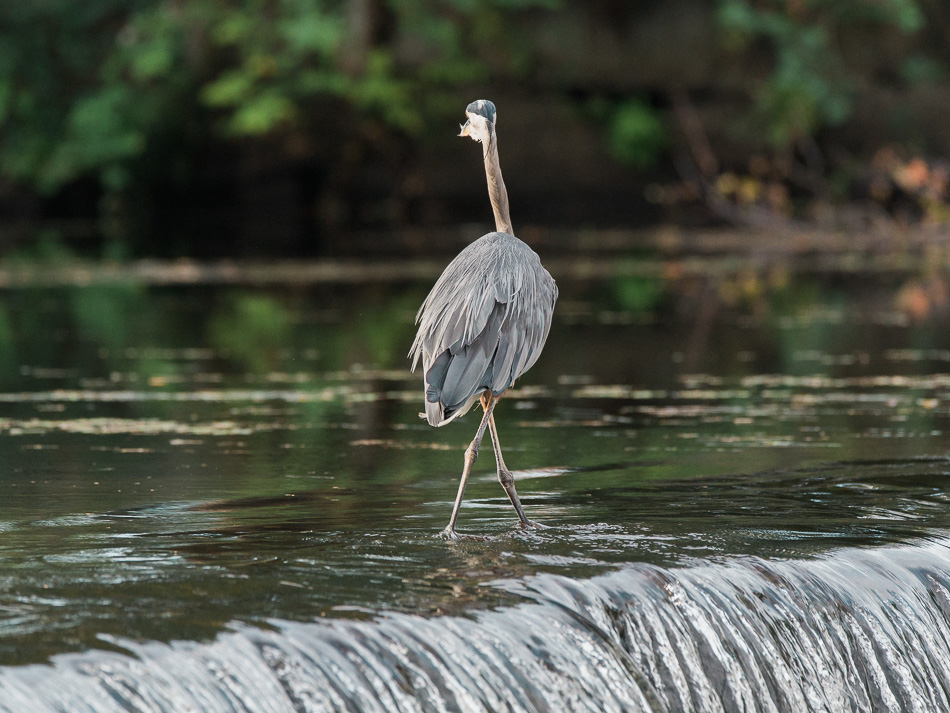 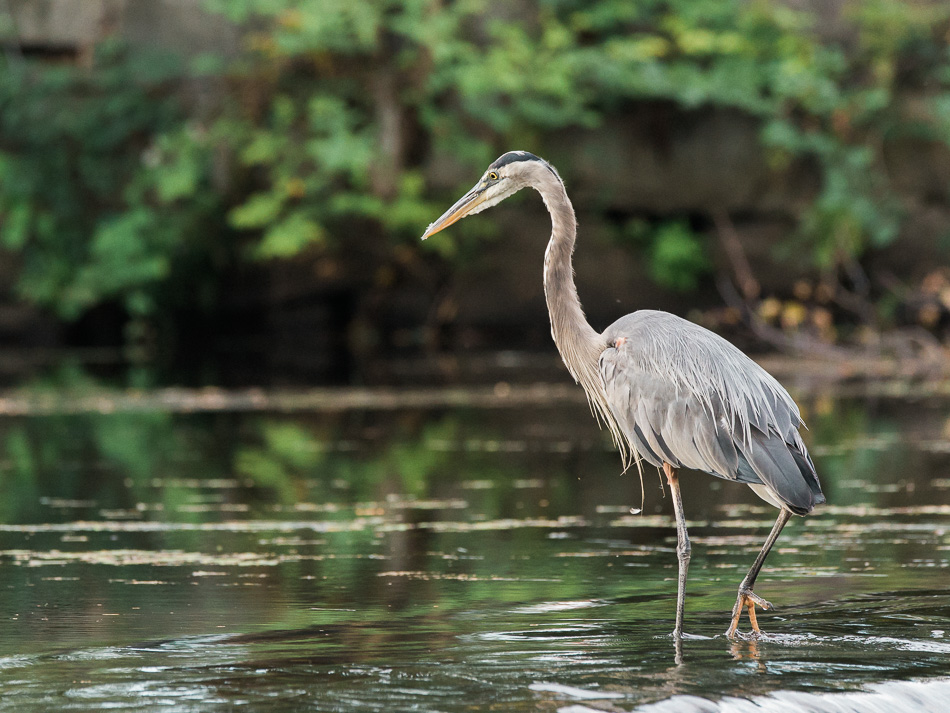 Having captured photographs of the first heron, I still had not managed a good shot of the second because of all the wires for the suspension bridge that were between us. Again, I had to slowly move to a position where I could photograph the second great blue heron, which was a much smaller and younger looking bird. I was very fortunate to get off a few shots before both herons flew away, the younger heron flying above the footbridge and the adult flying beneath it. 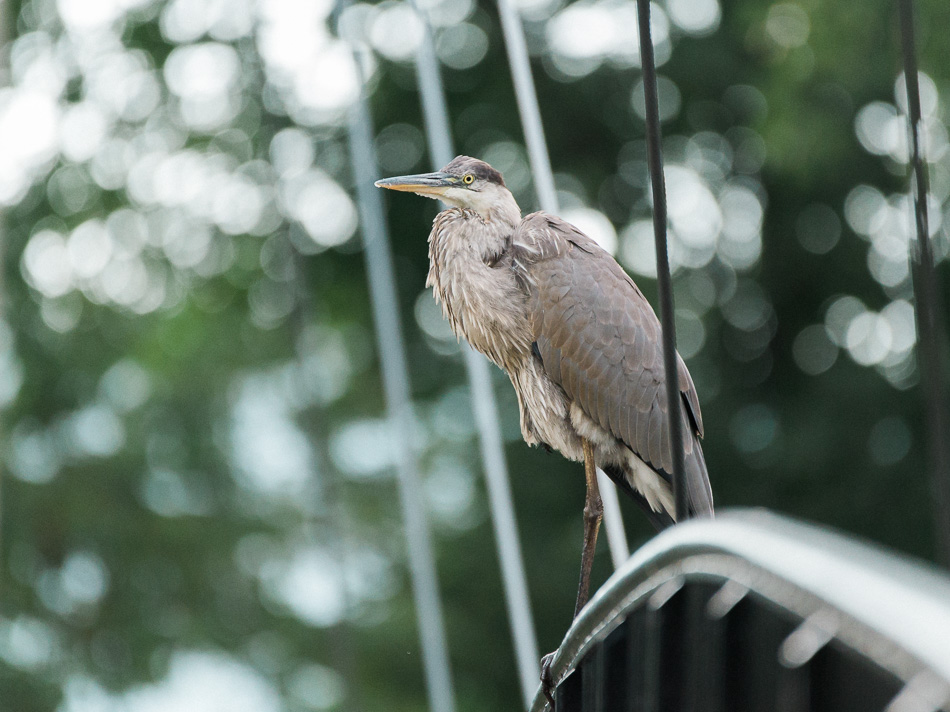 My only regret is not having any decent photos of the pair flying together, as it was an incredible sight to see. Sadly, the early morning light levels were still far too low for high shutter speeds and my slow zoom lens.