Birds and a Bonus Bobcat

Shortly after exiting my car this morning, I heard some crows nearby squawking loudly. I thought that they were harassing some type of raptor that had infringed upon their territory. A few moments later a lone Bobcat emerged from the woods. It paused just behind a No Parking sign near the side of the road to check me out. I have seen a Bobcat before, but never with a camera in hand or this close to me. What a treat it was to see one up close.

After seeing the Bobcat, things were quiet for awhile. Then I saw a flash of bright red in a nearby tree. I knew immediately that it was not a Northern Cardinal because it was too bright. Suspecting that I was seeing my first Scarlet Tanager of the year, I tried to find the bird again. I caught a few brief glimpses here and there as it moved about in the canopy of a tree. Photographing the bird was a challenge at first because it kept lots of branches between us. It also moved about rapidly making manual focus impossible. Finally, the Tanager popped up near at top of the tree and I snapped a quick photo.

Continuing on, I came across a Gray Squirrel crossing a naked branch at the top of a dead tree. The early morning sunlight was catching both the tree and the squirrel perfectly.

After turning around, there was a stretch where I did not take any photographs. However, as I got near a swampy area I heard some loud splashing off to my right. I saw a White-tailed Deer heading across the swamp away from me. It finally stopped and turned to look at me, and I was able to get a few photos of it.

To finish the outing, I came upon a pair of fledgling Red-winged Blackbirds. Both were chirping loudly at an adult male that was nearby, their mouths open begging for food. I was able to capture a moment where the adult Blackbird obliged, feeding one of the hungry fledglings.

I also photographed one of the fledglings in the grass. You can see its white eyebrow tufts which give away its age. The young bird then flew a short distance, demonstrating that its wings were working perfectly.

Snapping Turtles on the Move

This morning I encountered five different snapping turtles along the mile and a half stretch of road that I walk. My first encounter was on the return leg of the out and back loop. I did not see this turtle or the damaged nest on the out leg of my loop. The turtle was surrounded by a destroyed nest with several of its eggs pierced open. Did this turtle accidentally damage another nest while digging her own? Or was this the sight of a grieving mother, having discovered that a predator had damaged her nest?

Moving ahead, I found the second turtle around the bend in some grass. There were no obvious signs of disturbed soil around the turtle. This one appeared to be on the move, looking for that perfect spot.

Continuing on, I spotted the third turtle on the side of the road near a large pond. This turtle had clearly dug a new nest hole in the roadside dirt. The turtle was straining somewhat as it laid a new clutch of eggs. I noticed that the turtle’s left eye was missing. I wondered if it had been born with only one eye, or what may have damaged its eye.

Near the end of my walk, I found turtles four and five on the side of a dirt banking across the street from the Keene Airport parking lot. The first of these turtles had already dug into the banking and had a good covering of dirt on her head. The second more adventurous turtle headed for the top of the banking to discover what lies beyond.

Was this a male/female parting ways while the female laid her clutch of eggs? Was this two females laying their eggs? After pondering these new questions, I crossed the road to my parked car and ended my outing.

Snapping Turtle Along the Road

This morning I found a female snapping turtle that was laying a clutch of eggs in a hole that she had dug on the shoulder of the road. I have learned to look for disturbed soil where a snapping turtle may have laid eggs at this time of year. Snapping turtles are also easy to mistake for large rocks when they are stationary. However, I walk this road nearly everyday and knew that there should not be a rock at this location.

With today being Memorial Day, I was able to sit in the road about eight feet away from her. I wanted to be at the turtle’s eye level. On a normal Monday morning, this would be an incredibly risky thing to do because there is a steady stream of large trucks using the road. I was very careful to approach slowly so as to cause her stress or disturb the process. I also kept my time with her to a minimum.

A few days earlier, I had found a clutch of snapping turtle eggs nearby. They had already been dug up and punctured by a predator. It is amazing to me that any snapping turtles reach adulthood given the shallow depth of these nests. The predation rate also seems very high. At least the snapping turtles are providing meals for other animals nearby.

Today was the first day of boating season on the Connecticut River in Hinsdale, New Hampshire. The weather was perfect — mostly sunny in the low 80s with a slight breeze. The water was calm and at times glassy, reflecting the few clouds that were in the sky. Out on the river we encountered a beautiful juvenile Double-crested Cormorant standing on a rock. I snapped about a dozen frames of the bird as we approached before it took flight. The second photo is the best frame that I got from the departure sequence.

Prior to departure we had a very persistent Warbling Vireo singing nearby while about a dozen Turkey Vultures circled above the marina. While cruising the river, I could hear many birds calling when we got close to the river’s edge though almost all went unseen. This was a new experience for me now that I am more focused on the sounds of birds. It added a new layer of enjoyment to an already wonderful day.

This morning I was photographing an Eastern Kingbird as it explored the branches of a small tree. Since it was moving quite a bit, I was tracking the bird and firing a burst of photos. Suddenly, the bird leapt from one of the branches and flew across the swamp. I was not sure if I had captured its departure.

While culling the photos from the morning outing later that day, I saw that I had one frame showing the bird’s departure. When zooming to 100%, I could see that the bird also had some nesting material in its beak. This was a pleasant surprise, and I waited to see if the bird would return for more. Unfortunately, I did not see the kingbird return again. 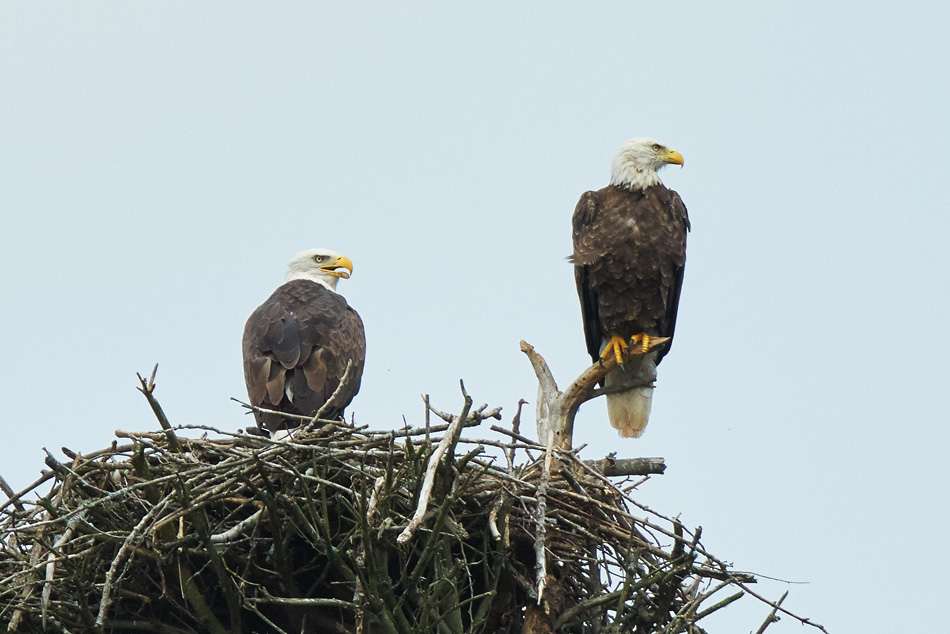 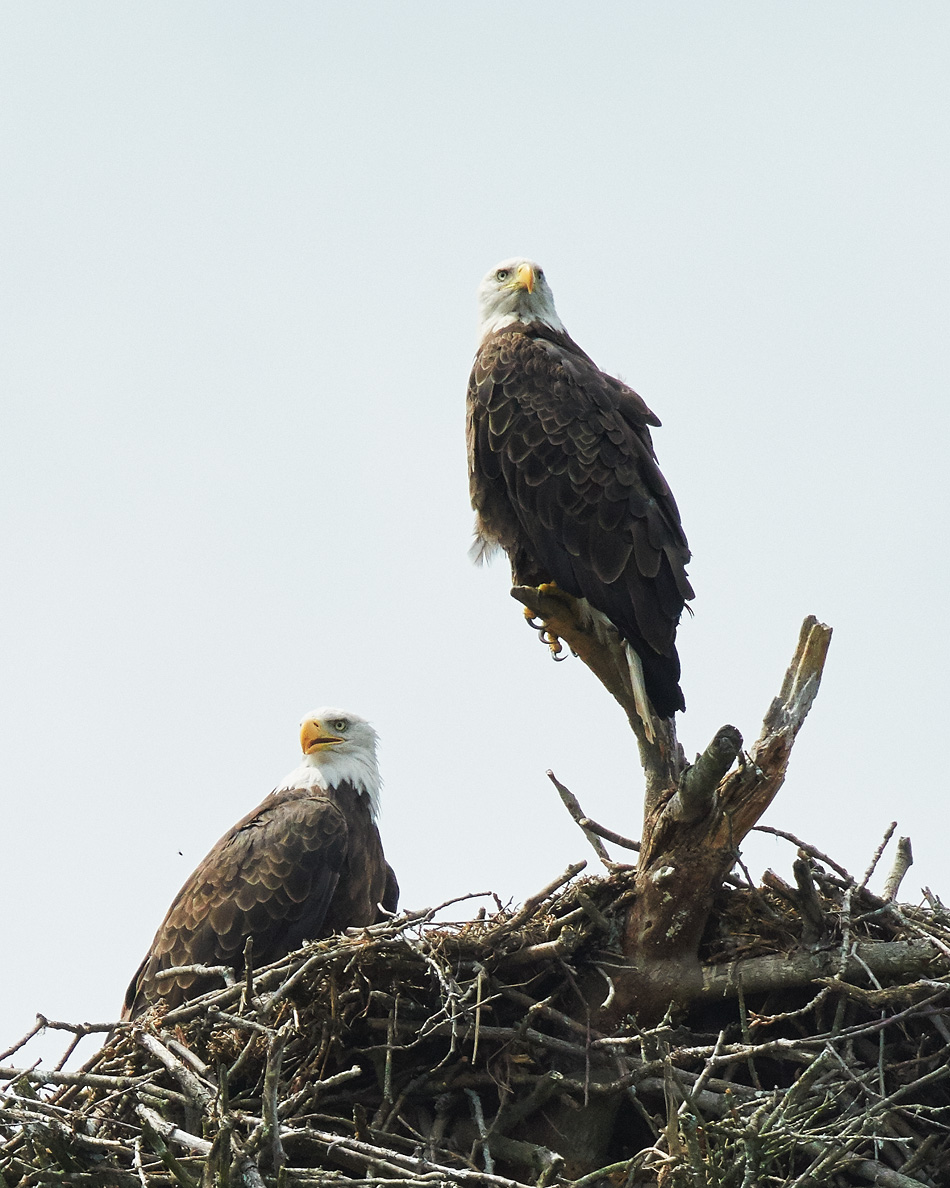 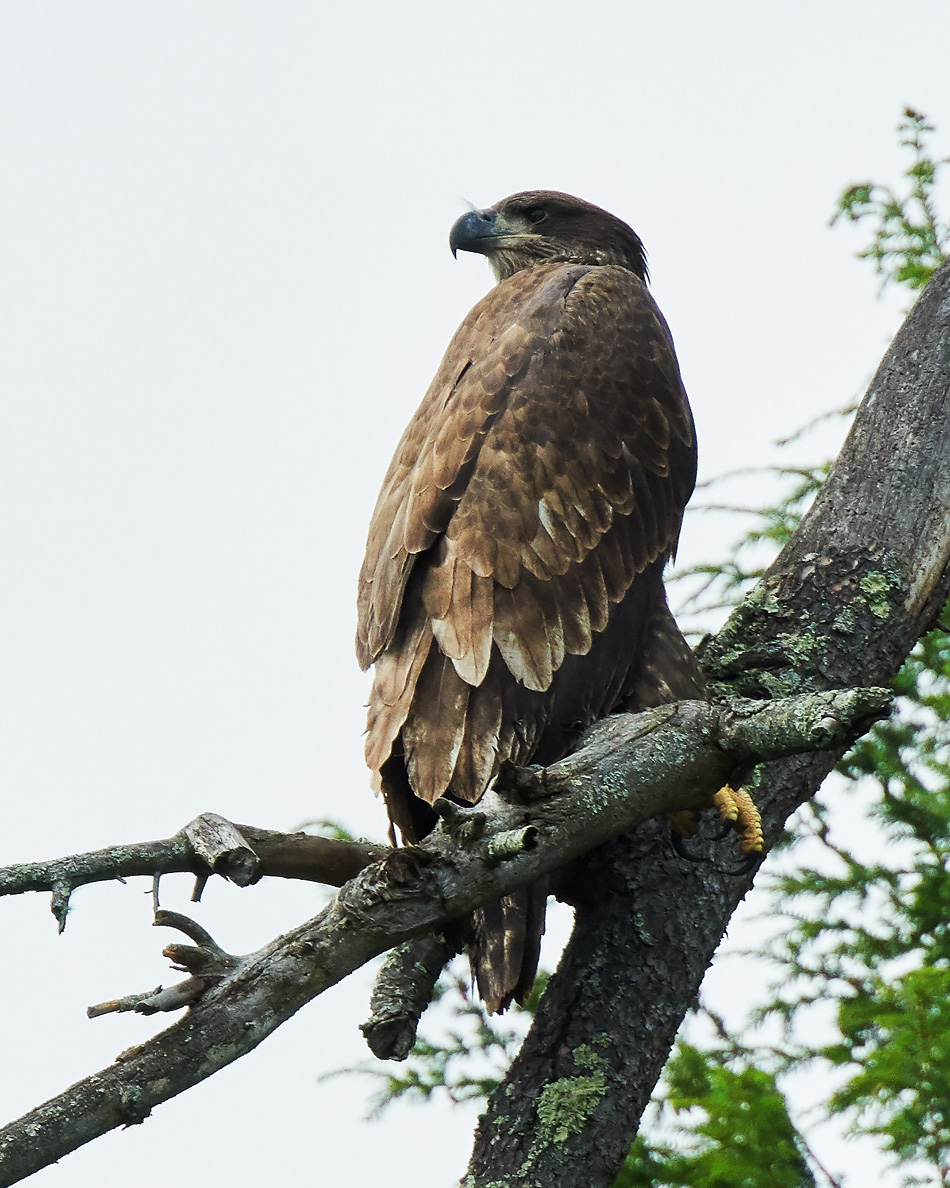 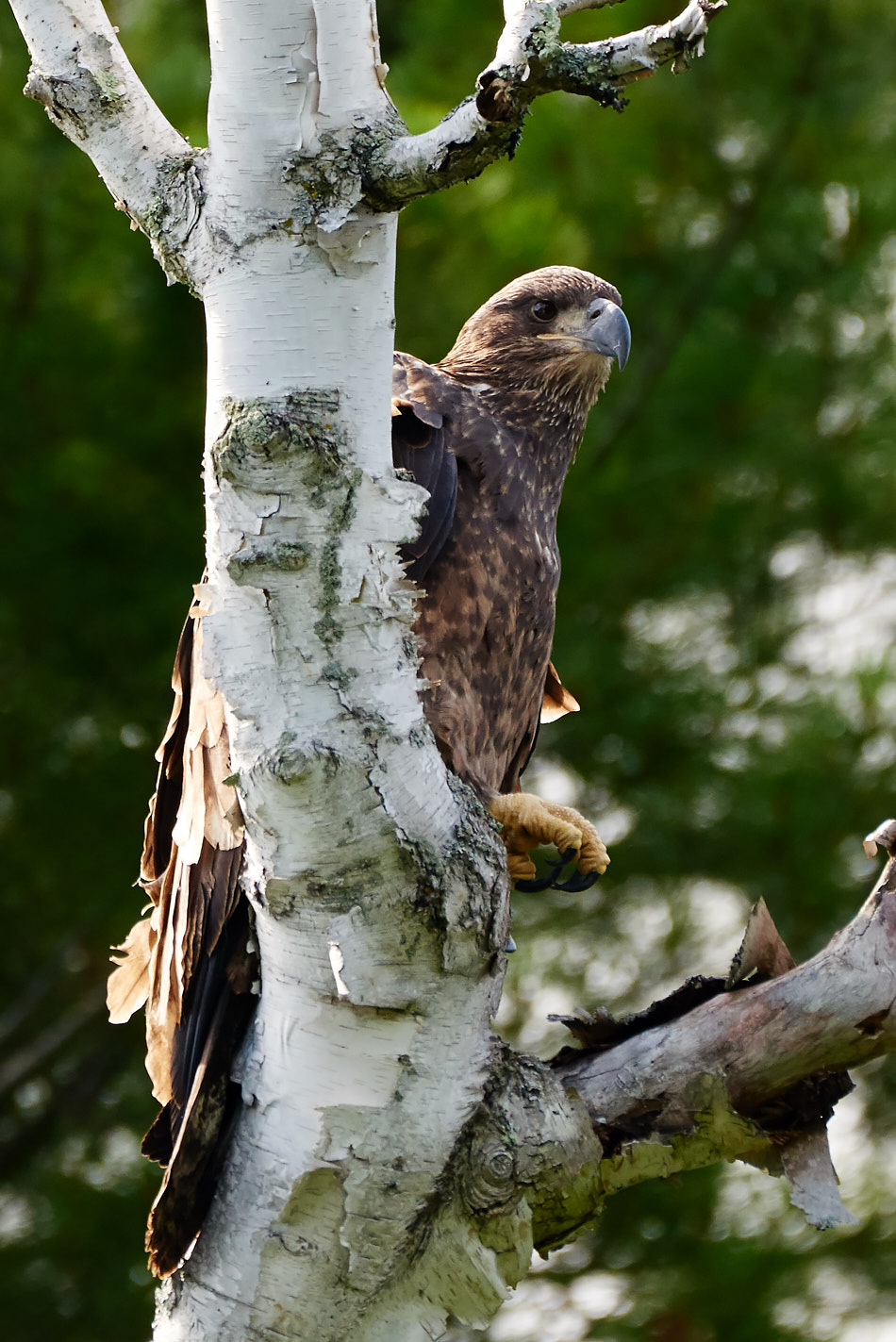 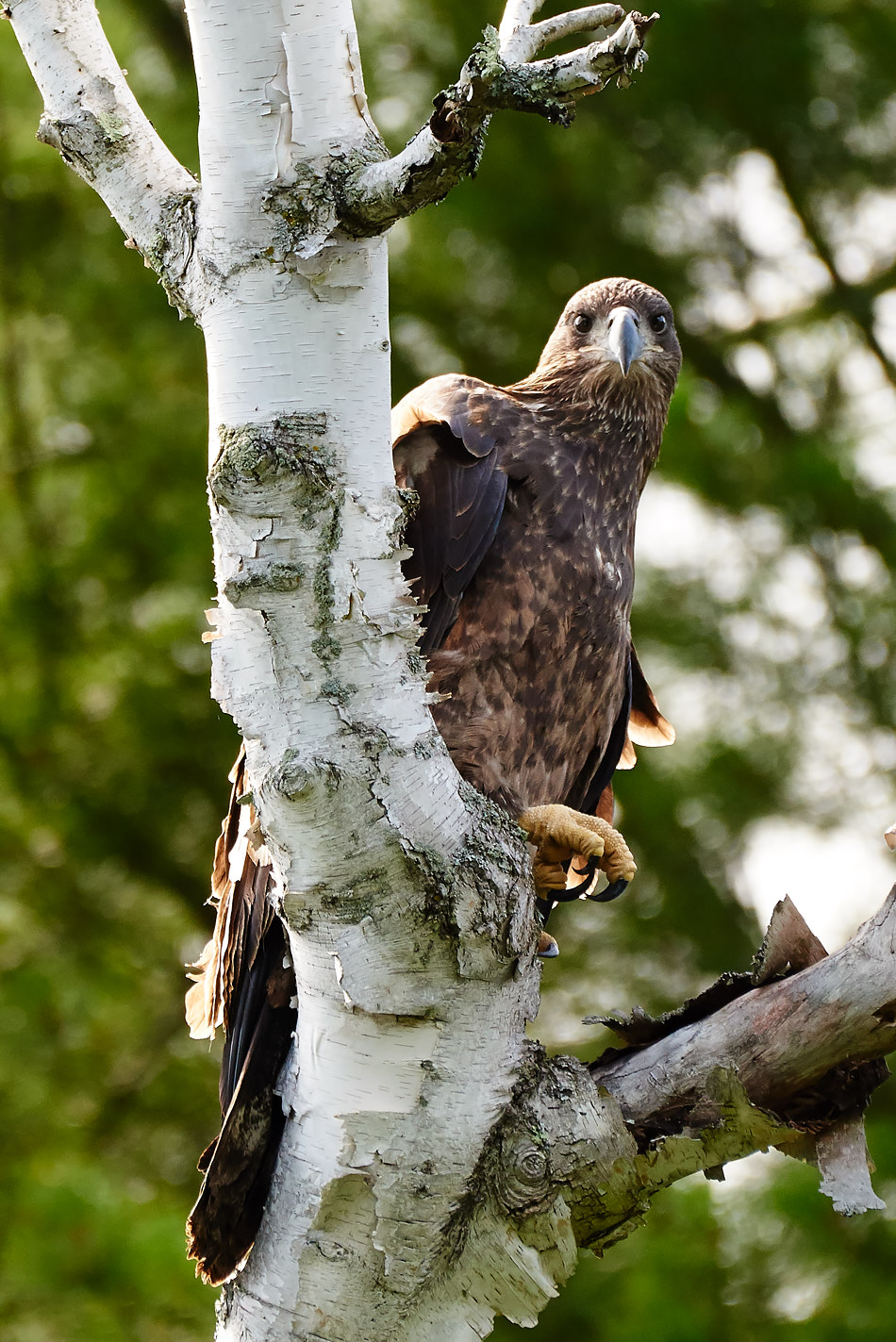 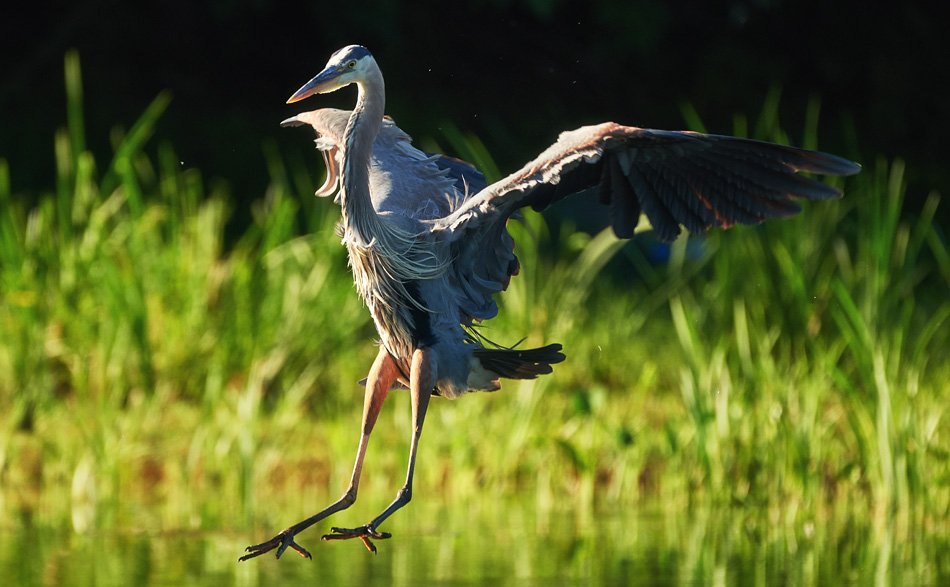 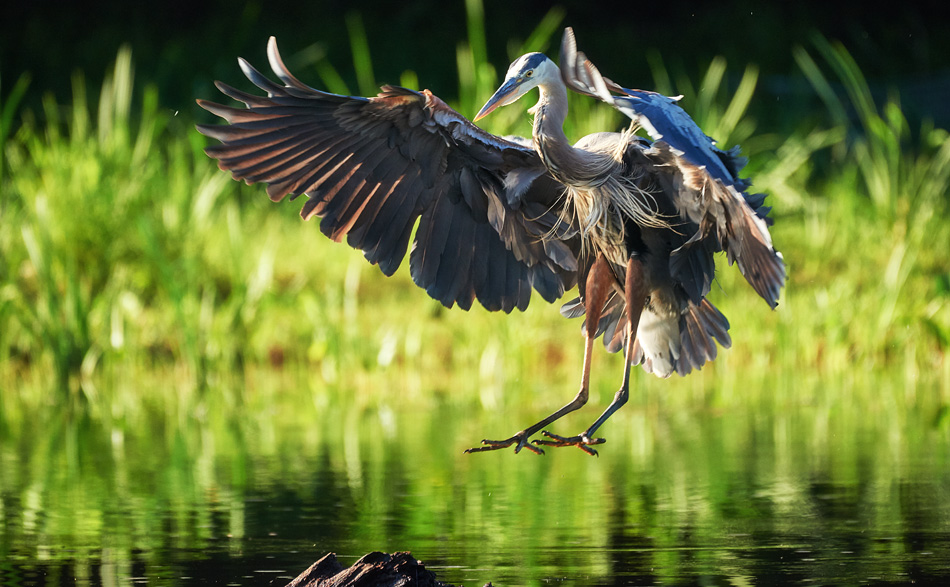 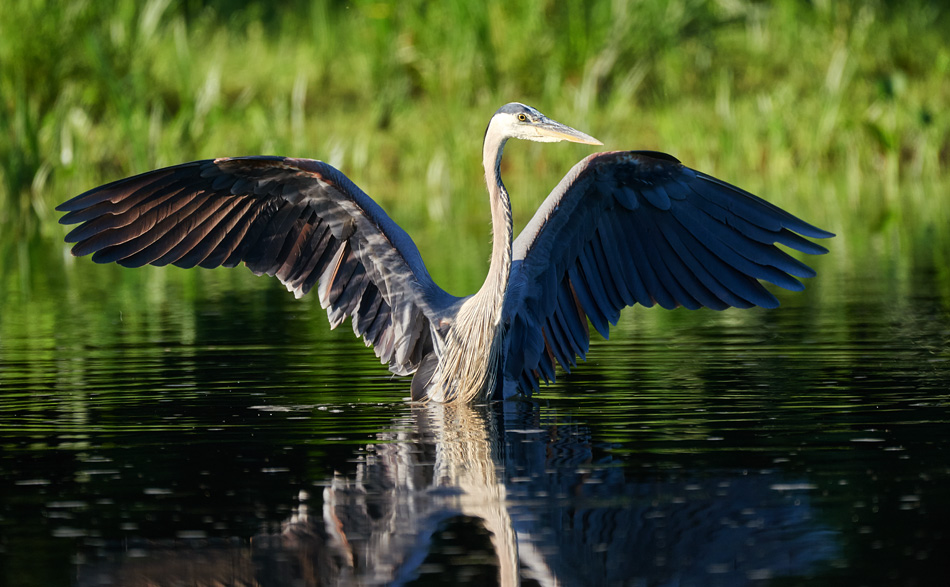 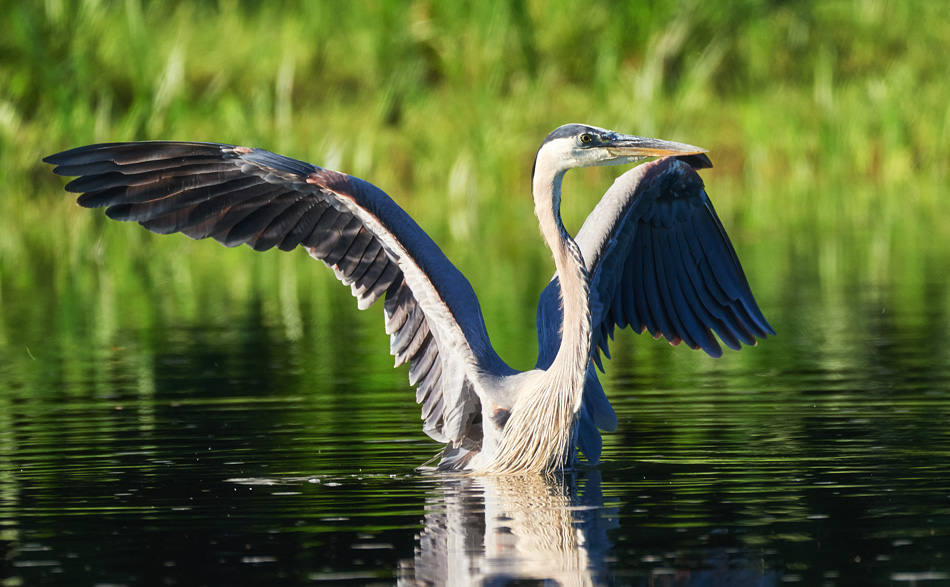 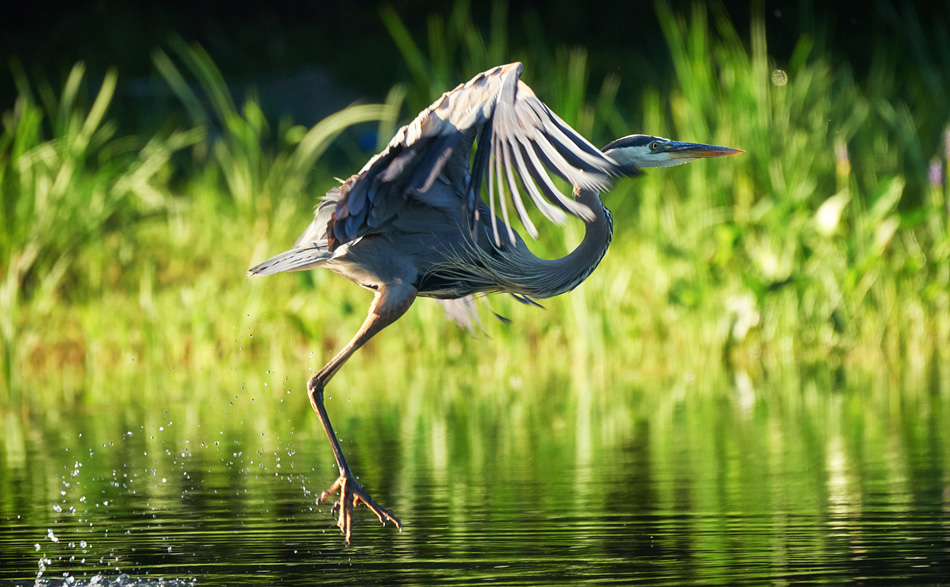 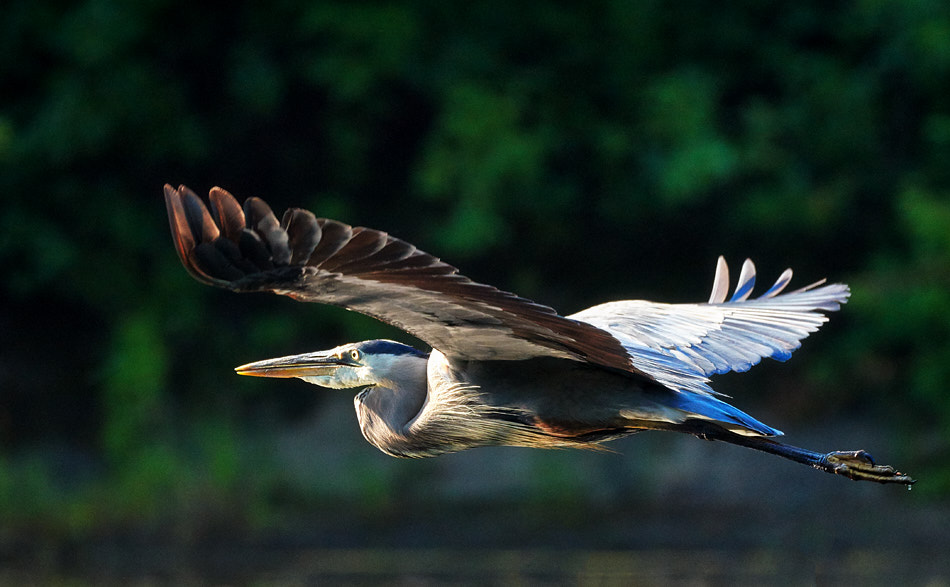 Birds of Prey on the Connecticut River 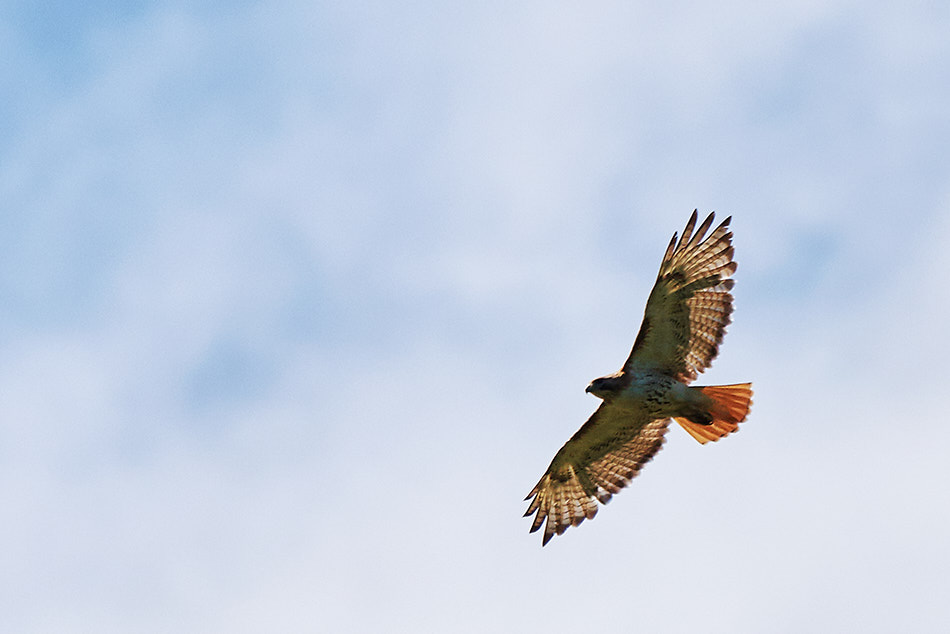 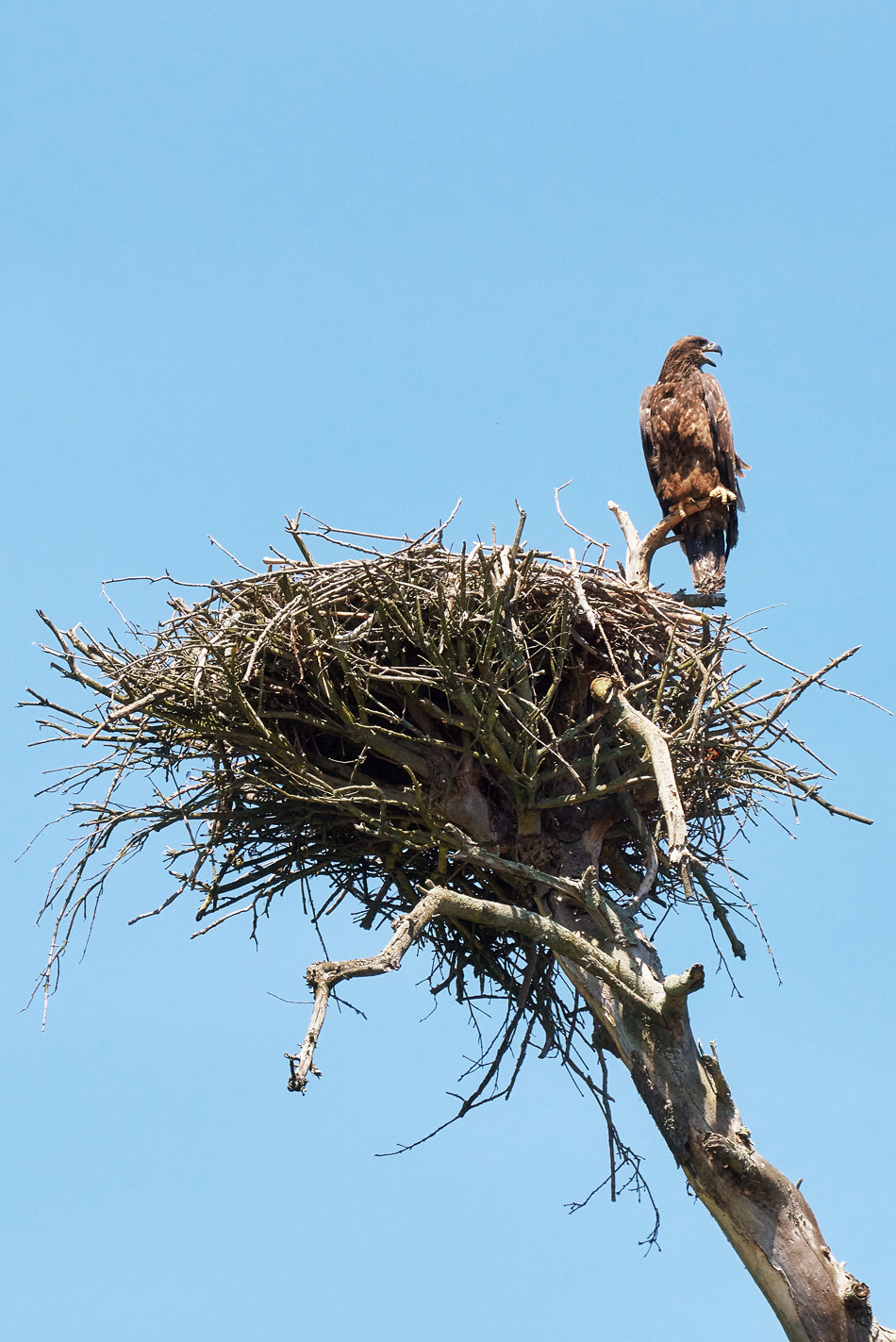 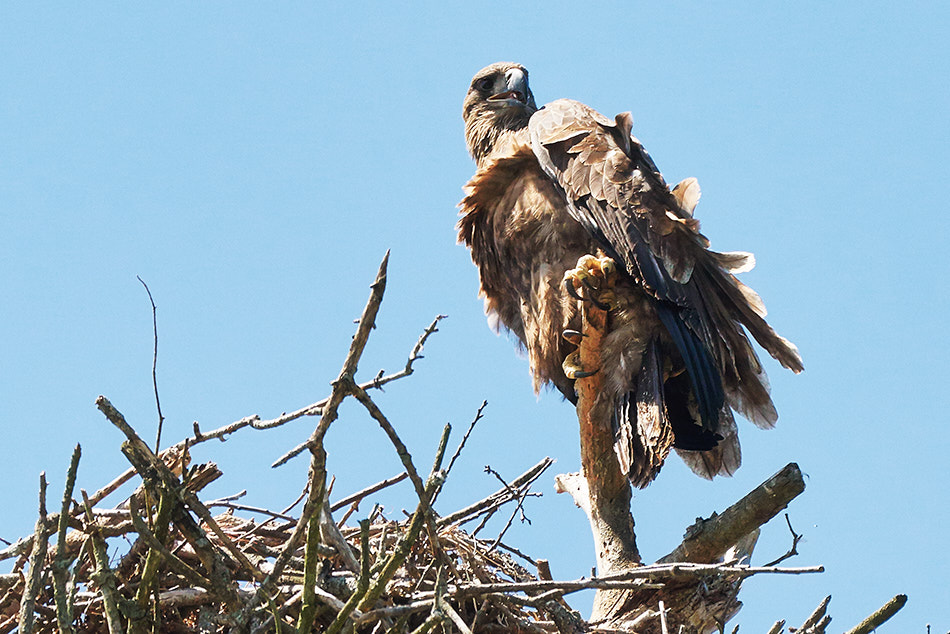 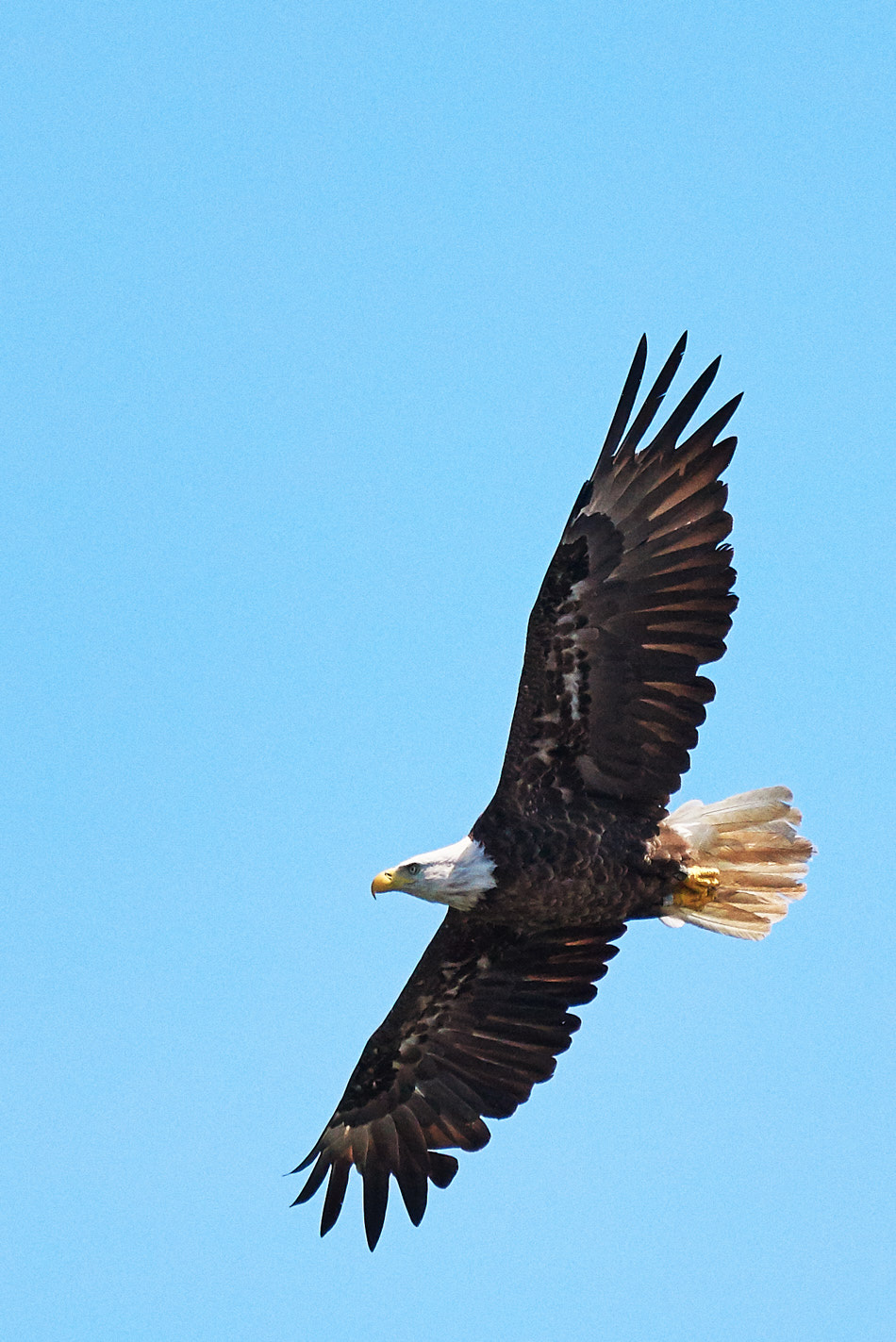 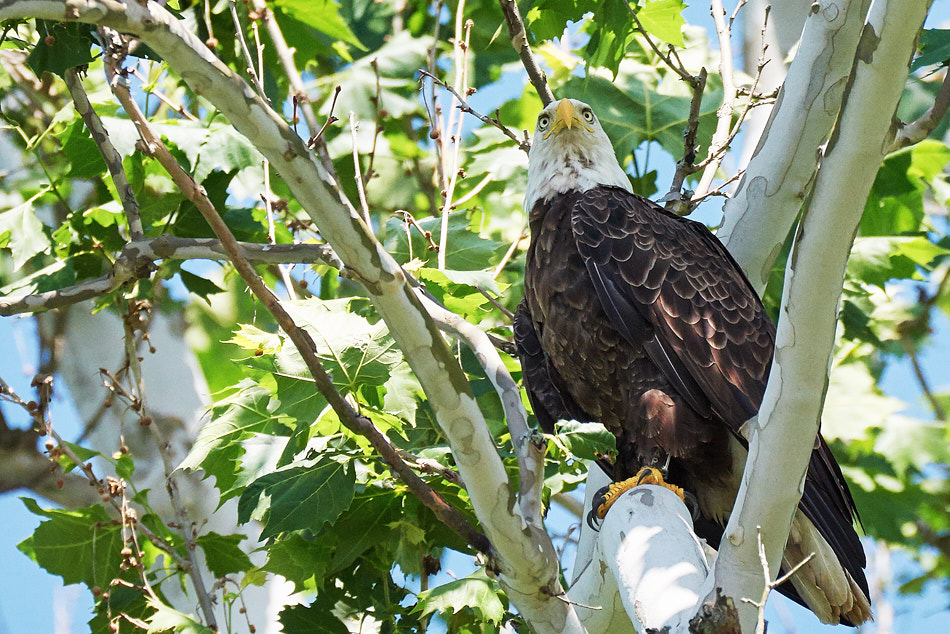 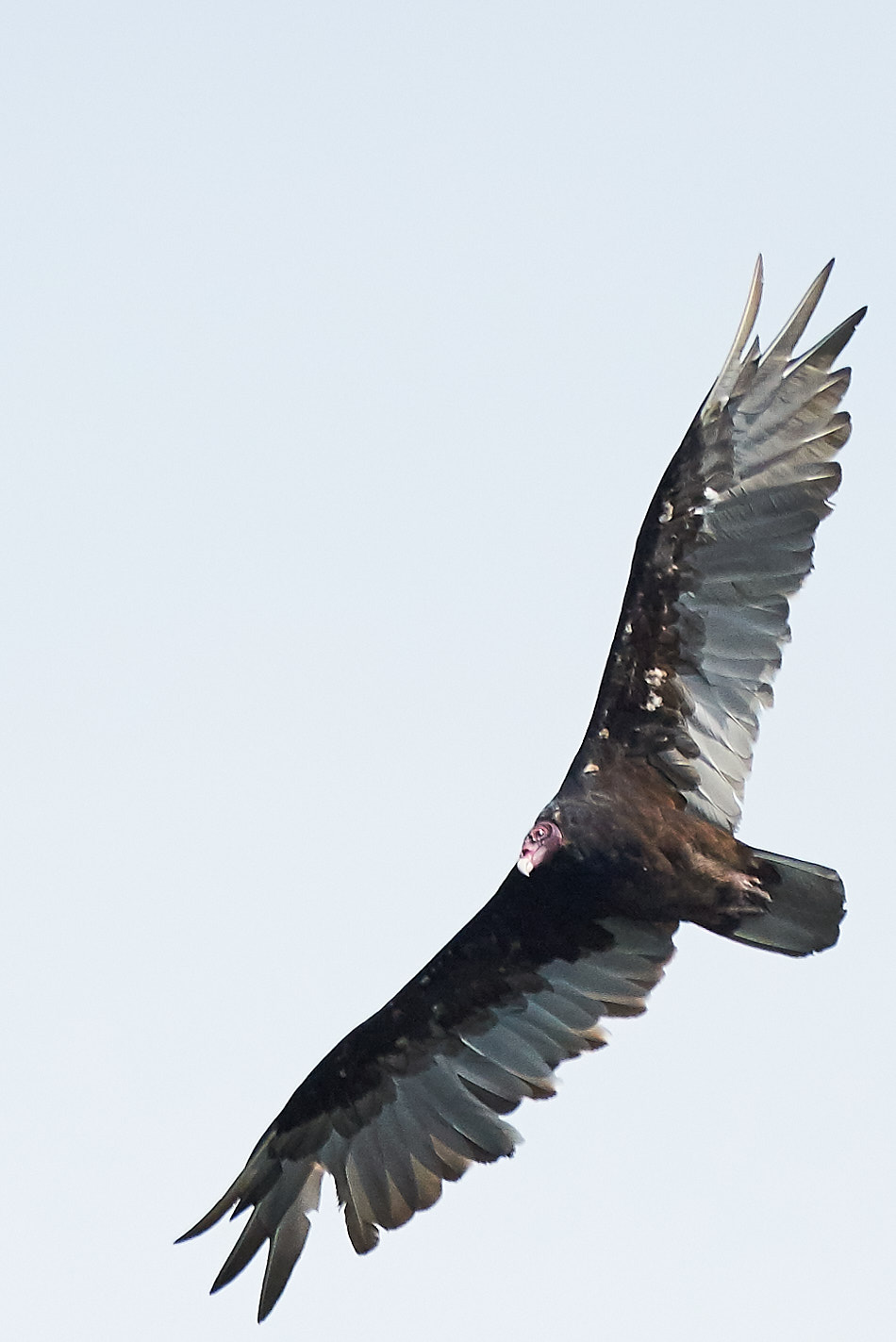 Lefty at the Ashuelot River Dam 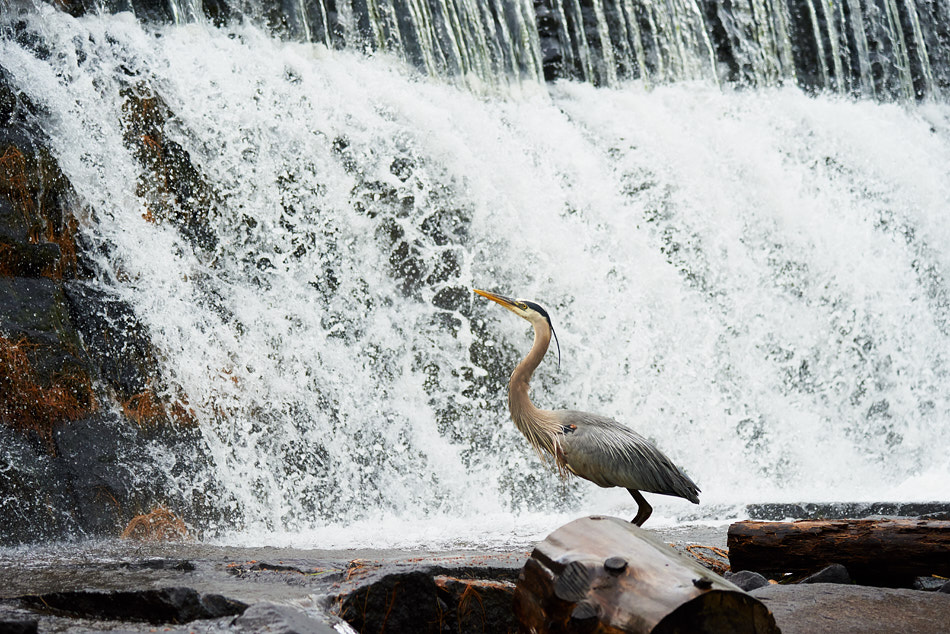 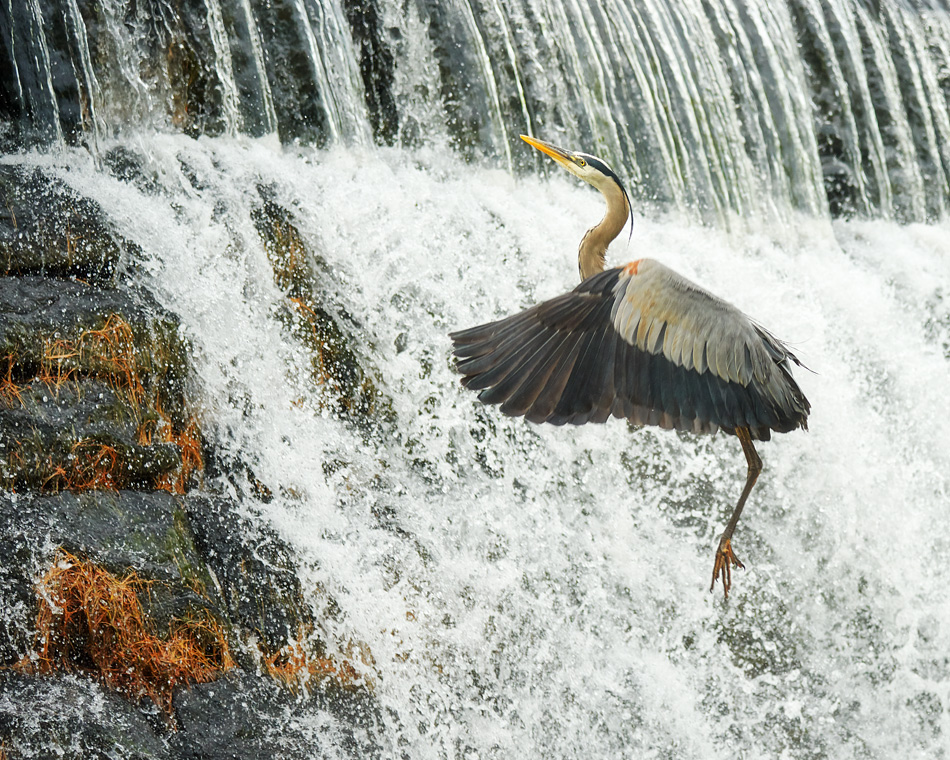 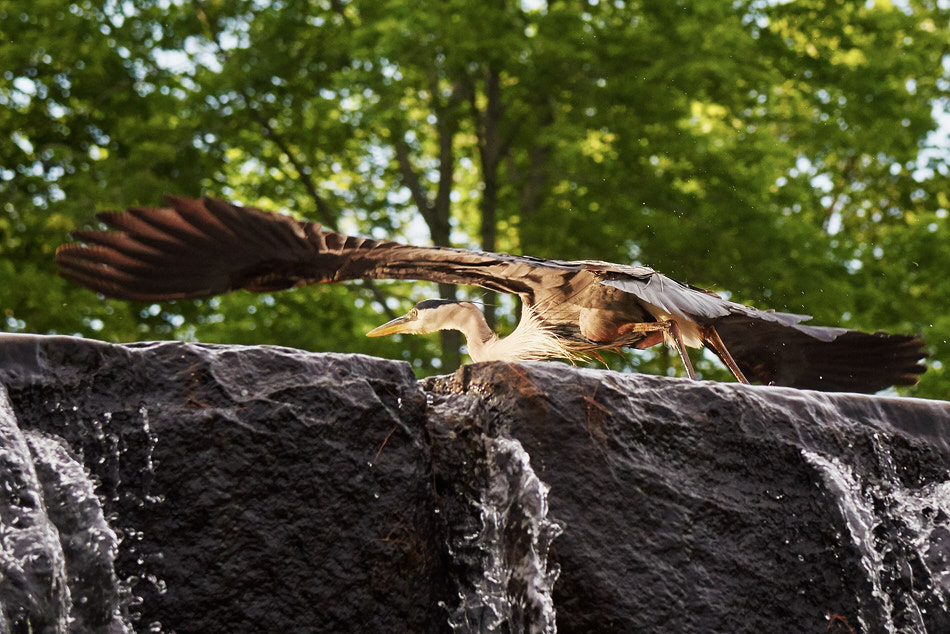 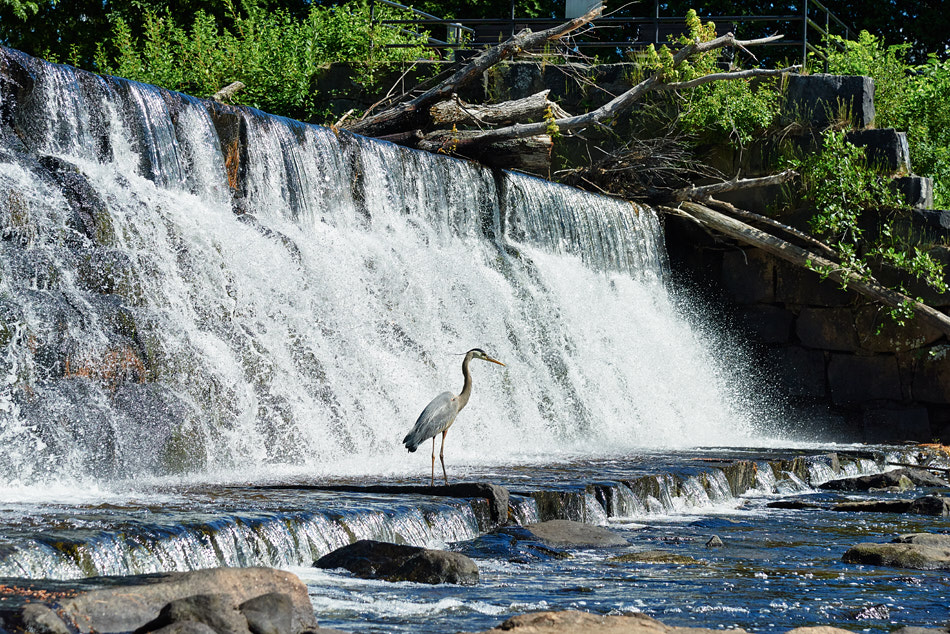