Thanks to an extended dry spell here in southwest New Hampshire, the eastern shore of the Surry Dam reservoir is exposed and dry enough to walk on, with a few stretches of the beach requiring a good pair of waterproof boots due to the mud. Yesterday I had explored the beach as far north as I could go with my ankle high boots, but eventually ran into one of those muddy stretches of beach and was no longer able to continue. Later in the day, I purchased a pair of waterproof Muck boots so that I could access wet areas like this without losing a boot. This morning, I returned with my new boots determined to make it further up the shore.

I arrived at the dam just after the park opened at 8am and made my way across the dam on foot with the new boots lashed to my backpack. After crossing the dam and making my way down to the beach at the eastern end of the dam, I changed into the Muck boots and began making my way up the shore. Not long after I started this trek, I noticed some beautiful clouds were streaming over the dam, reflected on the still surface of the reservoir. 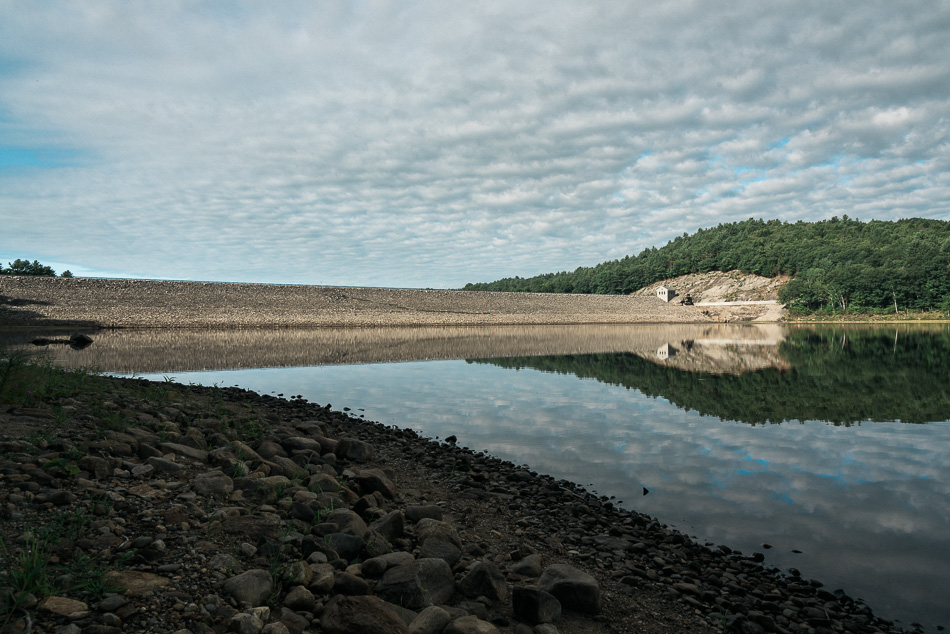 After rounding several small peninsulas, I found myself positioned well north of the dam and almost dead center to it. The clouds were still interesting, and the water still calm, creating the perfect conditions for my first photos from this new vantage point. 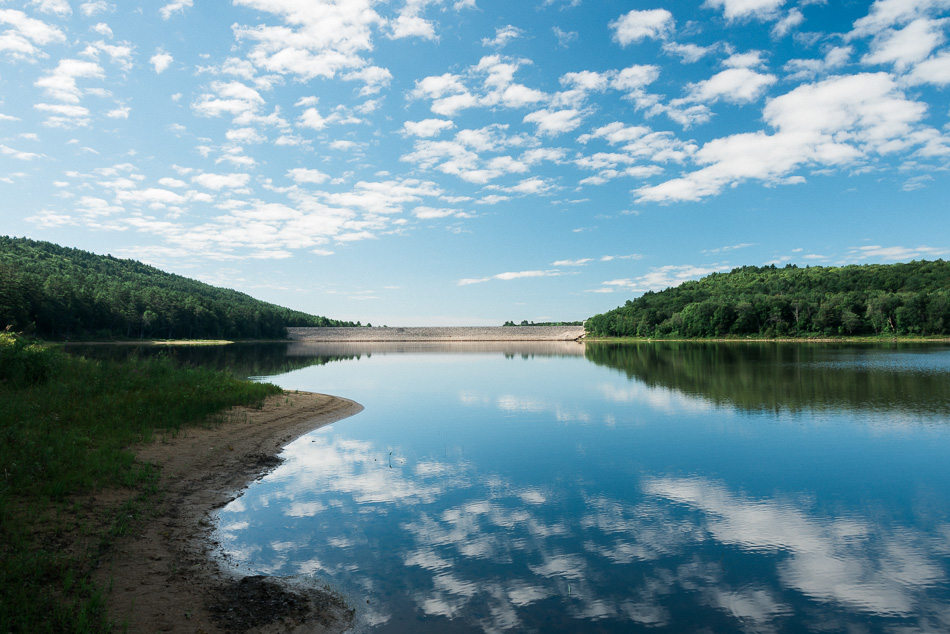 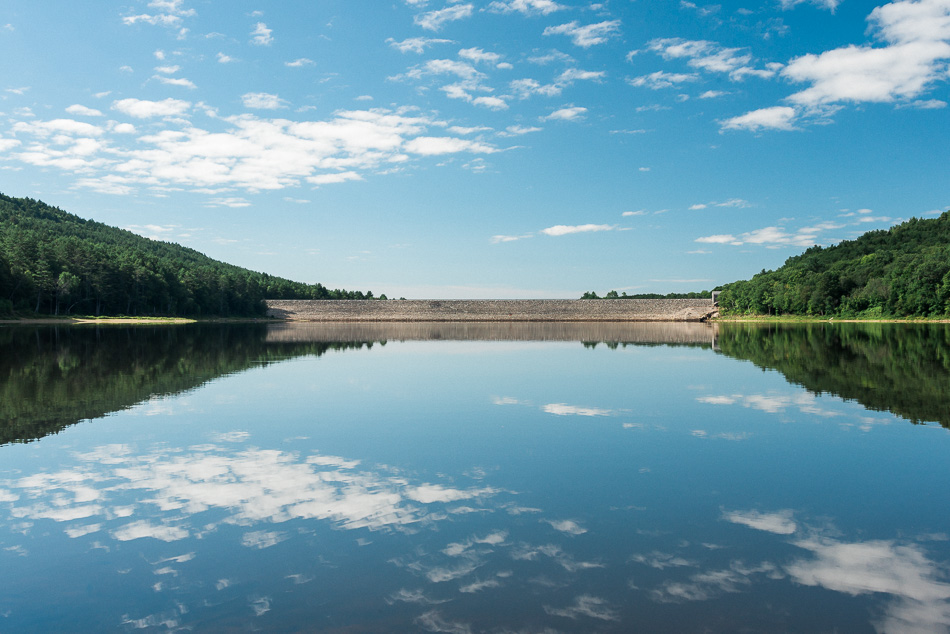 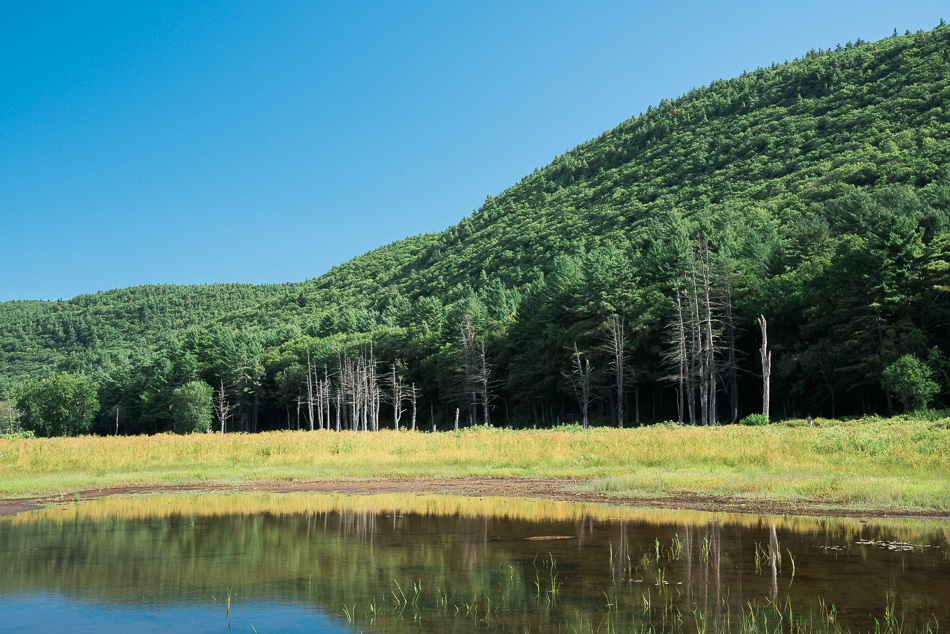